Deconstructing Serverless Computing Part 3: Ninety-Nine Platforms but How to Choose One?

“All problems in computer science can be solved by another level of indirection.” — David Wheeler

The first parts of the series have given you a taste of what serverless computing isand the use cases it enables, along with its benefits and drawbacks.

Armed with this knowledge, you might be planning to give serverless a try before attempting to migrate all your applications to this new architecture. As you start googling around, you quickly realize there are tens of FaaS platforms, each promising unique capabilities. As confusion settles in your mind and you start getting tired of all the boastful claims made by FaaS providers, one question makes its way to the forefront of your mind:

Which one should you choose?

In this post, we will navigate the tangled ecosystem of FaaS offerings, both managed and open-source, and determine their main capabilities and key differentiating features. The goal is to be able to make an informed choice depending on your requirements and use cases.

If you are looking for the full serverless experience, a managed platform is the way to go. All the operational issues are handled by the provider and managed platforms are generally more stable while offering better performance than their open-source counterparts. They integrate with the ecosystem of the cloud provider and provide fine-grained security, compliance, and an availability SLA out-of-the-box. However, it does come with a price: taking advantage of all these features will very quickly get you vendor-locked, so plan carefully.

Description: AWS Lambda is the first FaaS platform, launched back in 2014. It is also the most popular, owning 70% of the market share, according to a CNCF survey. For good reason, as it is considered to be the most stable platform and has been demonstrated to be one of the most scalable platforms, and with some of the lowest coldstart latencies. Lambda benefits from being part of the excellent Amazon Web Services ecosystem, and is well integrated with many AWS managed services, which can serve as event sources (S3, Kinesis, DynamoDB, Alexa, etc.). Lambda can be deployed at the edge via the [email protected] service (e.g. integrating with CloudFront, a CDN offering from Amazon, and helping to serve requests as close to the clients as possible) and workflows can be created using AWS Step Functions.

Description: Azure Functions is Microsoft’s take on FaaS and the second most popular platform on the market. Launched in 2016, it is an open-source product and is well integrated in the Azure Cloud ecosystem. Its scaling capabilities when using the standard plan are weaker than AWS Lambda as evidenced by studies like this oneand this one. However, Azure Functions V2.0 became generally available almost a year ago and promises improved performance, stability, and development capabilities. The new platform can run anywhere, including on Kubernetes or locally in Mac and Linux environments, features native integration with Visual Studio and VS Code, and can run on IoT devices. Azure Functions provides different capabilities depending on the plan you are using. Consumption is the default FaaS plan, and the features listed below are specific to this plan. If you are willing to pay more, Premium comes with unlimited function timeouts (30 min by default), more CPU and RAM, and a way to mitigate cold starts using pre-warmed workers (beware, those workers run 24/7 and you will be charged for them even when they are not used!). Finally, you can also run functions in conventional VMs, with the App Service plan.

Description: Google Cloud Functions is a FaaS platform from Google that became generally available almost a year ago. It is very similar in capabilities to AWS Lambda and Azure Functions; performance-wise it seems to be between the two, outperforming Azure Functions but being outperformed by Lambda. In the past, some studies have shown that Google Cloud Functions sometimes failed to scale at the desired rate even for a low concurrency level. Overall, it is a simpler implementation with a strong core of critical functionality, but with limited language support and lacking some of the more sophisticated features available in the other managed platforms such as native support for scheduled functions (cron jobs).

If you need more control over your FaaS platform, open-source is the way to go. You have access to the codebase and can easily deploy your platform of choice on-premises or in the public cloud. Open-source FaaS platforms are generally not as polished as their managed counterparts but they are much easier to extend and tailor to your needs. One important thing to remember is that, generally speaking, you will be responsible for the operational side of the platform, negating some of the benefits of the serverless experience (many open-source providers do offer managed plans, e.g. Platform9 offers managed Fission and Iguazio offers managed Nuclio).

Description: Fission is an open-source FaaS platform that runs natively on Kubernetes. It is written in Go and is a popular project among the open-source FaaS community. Fission makes use of Kubernetes for most of its internal functionality but also adds its own logic to achieve better performance (e.g. keeping around a pool of warm containers for fast coldstarts). Autoscaling is implemented based on CPU usage with plans of adding custom metrics in the future and Prometheus metrics are automatically exposed to help with monitoring.

Description: OpenWhisk is a popular open-source FaaS project donated by IBM to the Apache foundation. It is one of the most stable open-source FaaS platforms, due to extensive production use by IBM on their cloud and Red Hat on Openshift. IBM Cloud Functions is based on the same codebase, therefore most of the features are the same, with the exception of integration with IBM Cloud managed services (e.g. for logging and monitoring). However, OpenWhisk can make use of other open-source projects such as Composer for defining workflows and Shell as a lightweight development environment.

Description: Kubeless is an open-source FaaS platform built natively on Kubernetes using CRDs (Custom Resource Definitions). Kubeless is 100% Kubernetes-native, all its internal functionality (auto-scaling, API routing, monitoring, etc.) is enabled through Kubernetes; before the release of Knative, it was the most popular Kubernetes-based FaaS platform. Autoscaling is done through Kubernetes’ HPA (Horizontal Pod Autoscaler) and Prometheus monitoring is enabled by default.

Description: Nuclio is an open-source FaaS platform aimed at real-time and data-driven applications. It claims to have the fastest platform, reaching up to 400.000 invocations/second. It offers a variety of integrations with event and data sources, along with support for Prometheus for monitoring and Azure Application Insights for metrics and logging. Nuclio is one of the first open-source FaaS platforms to start specializing, with a strong focus on data science. It is the first FaaS platform to support GPU processing and, in the provider-managed version, it provides tight integrations with machine learning tools, such as Spark, TensorFlow, and Jupyter notebooks.

Knative is a project built by Google in collaboration with partners such as IBM, Pivotal, SAP and RedHat. It is a set of building blocks on top of Kubernetes as the container orchestrator and Istio as the service mesh. Knative can power the back-end of a custom FaaS platform or can be used independently to automate operations. There are three loosely-coupled components: Build (cloud-native source to container build orchestration), Eventing (delivery and management of events), and Serving (scale to zero, request-driven compute model). Knative is benefiting from a surge in popularity (partly due to being backed by Google). Some of the other open-source FaaS platforms are now backed by Knative, such as Pivotal’s Riff. Others are interoperable with Knative, such as OpenFaaS.

There are many other FaaS platforms out there, each with their own selling points: Fn Project (open-source, from Oracle), OpenFaaS, OpenLambda (academic, built mostly for experimentation purposes), Galactic Fog, Riff(built on top of Knative), Twilio Functions, Spotinst Functions, etc. Recently, Microsoft announced KEDA, their open-source alternative to Knative Serving. There are also platform-agnostic serverless frameworks, the most popular of which is Serverless Framework. This article would stretch forever if an attempt would be made to cover them all, but I am hoping that this selection is relevant for everyone and provides a decent sample of the ecosystem.

The serverless ecosystem is booming, with tens of FaaS platforms available and a variety of managed services that can integrate with them. It is still early, and many of these projects will get filtered out as the market matures, but you can rest assured knowing that, no matter your requirements, there is a FaaS platform out there that can address them. Whether you want a managed platform that gives you faster time-to-market and fully-managed infrastructure or an open-source one that you fully control, the choice is yours to make. My hope is that this article helped you get a better overview of what is available out there.

In the next article, we will look at serverless from a developer’s point of view; we will discuss the change in perspective that is required for this new paradigm and examine what tooling is available.

We are looking forward to Red Hat Forum 2019

Join us at the annual Red Hat Forum NL on Wednesday 9th of October 2019. Take advantage of the opportunity 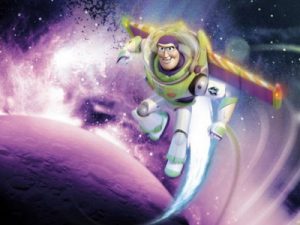 Deconstructing Serverless Computing Part 4: Developing to infinity and beyond!

All problems in computer science can be solved by another level of indirection.” — David Wheeler In the previous articles, we have defined what